Oh, Madrid, I’m writing this letter directly to you. This is the exact same place that I saw you for the first time. It was 1 year ago, on 29 august 2016, at 20:47, my airplane arrived in your airport from which I entered directly into your metro. I never saw the city, not even from the windows of the airport, I had no idea how you look like. I had some vague idea and expectations because you are the capital of Spain, the Kingdom that conquered so many countries and made your language the second most spoken in the world, but I still had no idea how you would look.

22 minutes later I arrived at the Plaza de España metro station and as I went out of it I saw you for the first time. I just stopped in this exactly same spot and looked around. I became speechless and my mouth opened wide while I was admiring your beauty. I could not get enough with what I was seeing. It was one of those moments when I would want to take out a jar and conserve the feelings from those moments forever inside it.

My arrival in Madrid was a shock for almost everybody, so let’s take it from the beginning to see what happened:

Everything mentioned above I created. I had almost nothing before it. I was very grateful for everything that I had and I never took it for granted. I had my ups and downs that nobody has any idea about, I had lots of moments when I felt that I would loose everything and couldn’t find my way back to that positive person that I was. And at some point during my university years it happened: I lost almost everything. It was so bad I didn’t even have a place to sleep for the first weeks of the 2nd year of university. But you know what made the difference? The fact that I didn’t give up, the fact that I never listened to the status quo and I had ambitious goals even when I was sleeping on an air bed in the kitchen of my friends. Those are memories I will never forget. That made me create what I listed above. And that’s why I was grateful for every single second I was living.

Practically, before even finishing the last year of university, I already had the career and lifestyle that you usually have after you’re working hard for at least 10 years or it may not even happen for a huge percentage of people in Romania. I was living the “Romanian Dream”.

So the question is: you created all of these things, you’ve put so much dedication in the things you do and you have so many stories to tell of what you did in Bucharest, and you’re living everything behind by drawing a line and starting over in Madrid?

Yes. One of my mantras in life is that you have to give up the good in order to have the great.

“I knew that at some point you are going to leave. It was inevitable. I will miss you.”

The truth is that I never had Madrid in my plans. I wanted for a few years already to work for one of the Big Four: Amazon, Facebook, Google & Microsoft in order to learn how it is to lead a startup after it becomes so huge and I managed to obtain the offer from Amazon, which is the biggest growing company from all of them.

I wanted from the beginning to go to Seattle but I was proposed a high potential team which was situated in Madrid’s office. I didn’t know back then, but in this moment I can say that for me coming to this city for the moment instead of Seattle was the best thing that could happen.

Before coming to Madrid I only visited 2 countries: Romania and a small village from Germany. I had no idea how it is to live in a western country. Nobody was speaking english here, not even people my age, and I had no idea of how to speak Spanish besides “muchas caliente” which I found later on from my peers that I should never say that again. Especially in an official meeting. I even knew more French after I hated all of my french teachers.

I had to rent a place and all of the landlords spoke only Spanish. I had to make lots and lots of documents and the only way to communicate was, again, Spanish. After coming in their country without any interest of learning their language, you would expect that they would behave at least with the same disrespect and disgust that you have in Romania when you buy a bus ticket, try to renew some documents or anything else that is in their job duty anyways. It was exactly the opposite: they were behaving like they were my lost best friends, they had no idea to speak English but they tried with gestures, by asking their coworkers which asked their coworkers how to say something in English, by drawing pictures, anything. I honestly thought that I am in a prank tv show and I was looking for a hidden camera, they were more polite than it’s admitted by law. And this was happening everywhere I went. It was madness. This is one of the things that sets Madrid apart and it still is available after 1 year.

My journey in this period was marked by extremes. After a while since I arrived here I had one of the biggest existential crises that I ever had. It was a dark period and honestly, it was the worst that I had in years. I couldn’t find myself, and this time was for good.

I really arrived at a point where I reached the bottom and I had 2 choices: give up to everything that I created until then, which was the easiest choice, or to admit that I have lots of flaws and I will commit to fix each and every one of them by going trough processes that would challenge and put me to the limits in order to have a high amount of progress. I chose the second one and never looked back.

1 year later I can make the following statements:

Every single experience that I had during this year deserves it’s own article and I won’t enter in details here.

They say that life it’s not about the amount of breaths you take, it’s about the moments that take your breath away. This year I am grateful that I had accomplished more than I can recall on a simple thought. Madrid saw me grow and for sure enabled me to grow much faster than I would have done in any other place.

I can say that in this past year every single day was a new adventure, nothing was the same and every single day deserves it’s own headline. I got involved in so many things in parallel and although I got overwhelmed in some situations, I managed to get results in the rest and this brought me 365 days that didn’t look like each other and minimum 365 achievements, smaller or bigger. I say minimum 365 because in some days I celebrated multiple “victories”.

It’s a bit ironic that I’m celebrating 1 year of Madrid from Seattle, another amazing city in which I wanted to come for a long time. But after living and having so many memories here, I can proudly call Madrid: my home.

Note: The article was originally published on Facebook Notes and moved to alexand.ro on May 11, 2017. 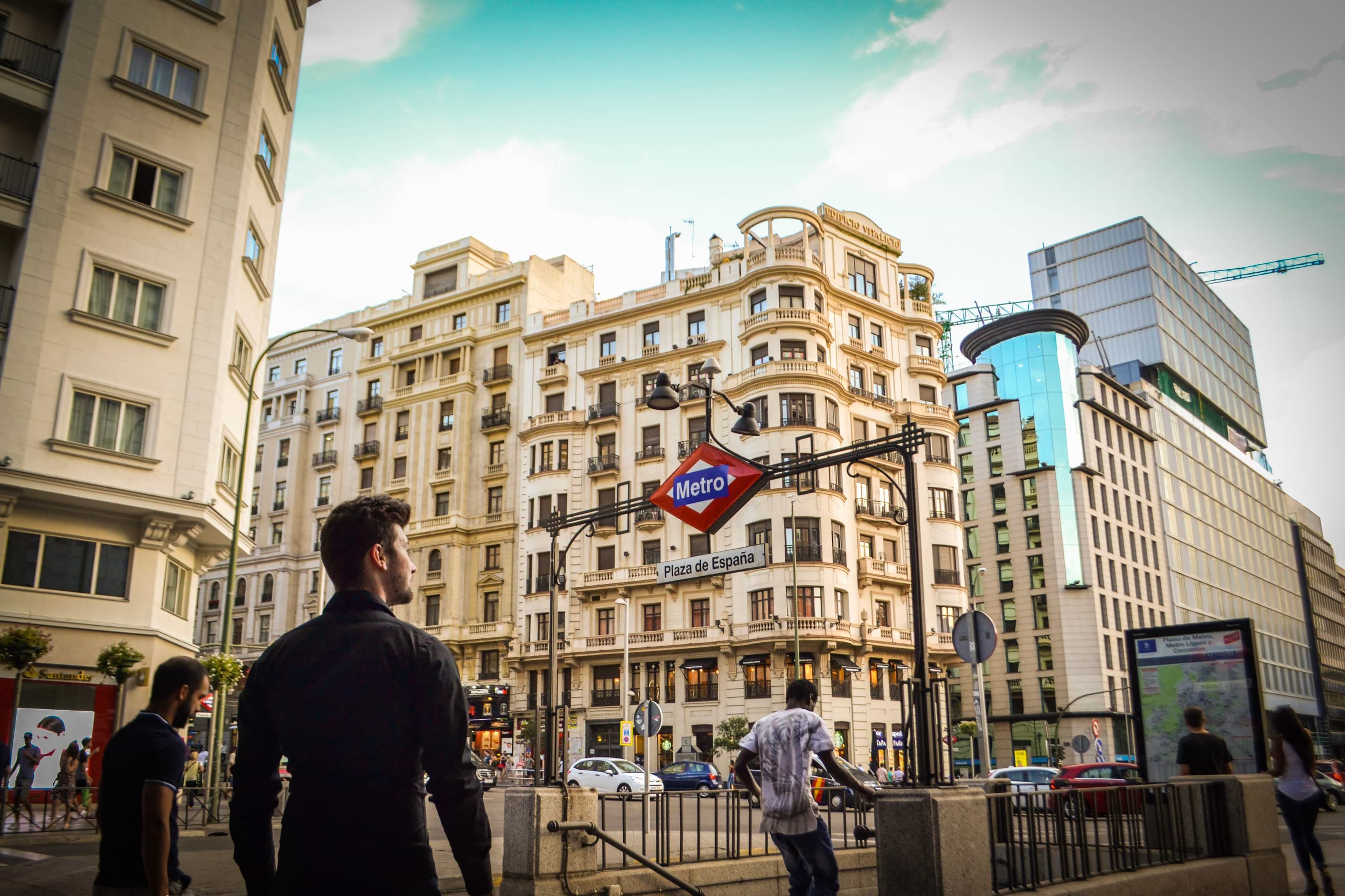